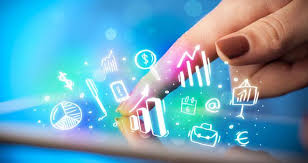 A girl on a Delhi – Imphal flight on being faced with the actions of five lewd men who ogled at women, took videos of air hostesses and stared at her and her sister who was nursing her baby decided to take pictures of these men and tweeted on twitter. Her co-passengers however decided to ignore the situation and no even one of them tried to address the situation.However, the tweet in the meantime instantly became viral and received great support from the people. So much so that the Indi-Go top management deputed a senior executive to look into the matter, and the local police had arrived at the airport. The five boors were then detained.

Another girl on an Indigo flight to Bhubaneswar finds herself being touched inappropriately by an old man seated behind her. She decides to take a video, post the same of Facebook and online public shaming of the man starts. None of the people around at that moment however do anything to alleviate the situation.

The 2012 Nirbhaya case is a glaring example. People who found her in Munrika, a neighborhood in South Delhi decided to go about their daily business. The incident however caused nationwide condemnation and candle light marches supporting the victim. Years later in 2015 the documentary film “India’s daughter” facing a court stay order by the Indian government, went viral online and received mass support.
Finding instances of huge public support for victims of harassment or even supporting a cause virtually over social media is not uncommon. Social media is a very powerful medium. Online public shaming is easier, faster and penetrates deeper. The online mob is more powerful than ever.

The digitally agitated Indian however finds himself paralyzed whenever faced with a similar situation in real life. Drawing a parallel between adopting a different digital persona from real life personality would not be farfetched. Why is it that we tend to be empathetic online and not in real life? One of the major reasons might be our cultural influences which shape our attitudes. The thought of getting stuck in the complex web of government administration, judicial system and paperwork might be a dampner.A collective social responsibility and sense of ownership to right a situation can go a long way towards being a truly in vigil Indian.